Share
Tweet
Day 3 (in transition)
So far I have covered Silay City, Bacolod City and Mambukal Resort in Murcia. The weather when I came in Negros Occidental was sunny in the morning and raining in the afternoon. As much as I want to stay in the hot dipping pool at Mambukal (Day 3), I have no choice but to get going. I left Mambukal around 3:00pm. I went to Libertad terminal (still in Bacolod City), 4:00pm, then took the minibus to La Carlota City (5:30pm). As I said before, I was met by a friend of mine who offered a place to stay. K prepared a room for me. He tasked her housemates to cook for me and see to it that I am well cared of.

The day started with another run, about 7kilometers (I don’t want to go beyond that because I don’t want to get tired). After doing some laundry, I had my breakfast then went to Bangga Patyo to wait for a bus going to Kabankalan City (2 hours ride). I will meet a friend there, take some walk and explore the city. Funny it is because I learned that there is nothing much to do in Kabankalan City. Unless I go to Mag-Aso falls which is not feasible with my itinerary. So I have no choice but to take some photos of the City Hall and just meet my friends. Now, I have more reasons to be back at Negros Occidental: Mag-Aso Falls, Guintubdan Falls, Hike Mt.Kanlaon, Swim at Sipalay Sugar Beach and eat more Piaya.
From my travel journal (12:20pm / July 9, Friday)
“It’s blazin’ hot outside Gaisano, maybe 33-34 degrees Celsius. There’s nothing much here. I still wonder why it is called a “city.” Well a lot are called city here in Negros Occidental: Silay City, Talisay City, Bago City, Himamaylan City, Sipalay City…. Hmmm… Why would you call a simple town, “city”? Everything closes at 7:00pm. Man, its just one street of buildings. Anyway, I’m thanksful that its cold here in Gaisano. They also have Ted’s Batchoy, Mang Inasal (prices cheaper compared to Manila) and Bong-Bong’s Piaya.” 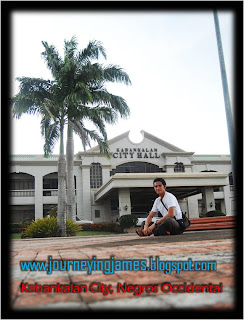 At exactly 1:00pm I ate my lunch, near Gaisano and the public market- Rocare eatery. They have a lot of food choices and very, very cheap too! I texted my friends and we did some chats about Kabankalan City. After sometime, I went to visit the New City Hall because I thought I can find the tourism office there. Unfortunately, the tourism office is located near the Old Plaza. Its beginning to rain so I have to get going…
I took the double-tire bus to Hinigaran (initial plans of dropping by Himamaylan City was taken away from itinerary because I didn’t find anything interesting). I enjoyed my time at Hinigaran, its already late in the afternoon but I managed to take some shots and have some taste of their delicacies from Mila’s (scroll down for more details).
Back to La Carlota ‘City,’ in my friends house. This is my last night so I better try their Inasal, thanks to K’s mom for the treat! Madamu gid nga salamat, sa uulitin po!
PLACES I VISITED 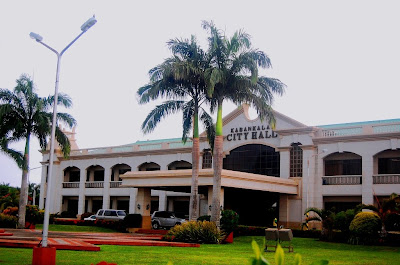 Kabankalan City Hall. I did nothing there, just took some shots from the city hall. Nothing much to do.

Sta.Maria Magdalena Parish. Constructed on 1848-1881, the Parish Church of Hinigaran was made possible by forced labor from the faithful. Each were required to bring 25pcs of chicken eggs (reminds me of El Shaddai’s Bro.Mike Velarde) which were mixed with lime, corrals and bricks.

Hinigaran Municipal Government. Mom told me that dad’s root are from Hinigaran. So, I ask if there are Betia family in there. The answer was, “none.”

Kinilaw na isda (Ceviche) at Pork Steak. Near Gaisano Kabankalan, there is an small canteen called “Rocare Eatery.” There is nothing special about their eatery except that its very very cheap here. I bought the steak for only P15 and the Kinilaw for only P10.

Cheese Siopao from Foodman, Hinigaran. Intrigued by the cheese inside a siopao, I tried it. Well, worth the try- 2 strips of cheese covered with flour. I bought it near the double-tire terminal to Hinigaran. 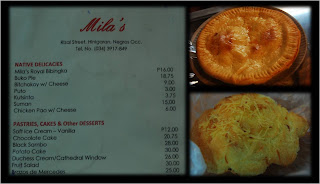 Mila’s Bibingka at Hinigaran. I love this place and the staff are always smiling. I ordered a small bibingka for only P16, which is yummy! You should try it when you’re in the area. I entered the store because they have the history of the Old Church, just accross them. K said that their Buko pie would rival Los Banos’ Lety’s Buko Pie. Hmmmm… I want to taste that and see. 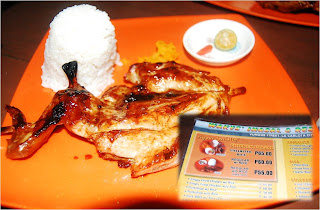 Wakys’ Inasal at Yunque St., La Carlota City. Treat from K’s mom, I devored the pecho part with 3 cups of rice and lotsa chicken sauce as toppings- for only P65 (rice-all-you-can), super cheap. I hope we have this in Manila.
PEOPLE I MET
K and her parents. I don’t know how to thank you. I got confident to do this P250 budget when you said that its okay to stay at your place. Remember when we are talking at UPLB, it was just a dream then. Now its reality. Naks!! Thanks ulit K! Eat well, nami pa naman luto ni Nanay Susan. 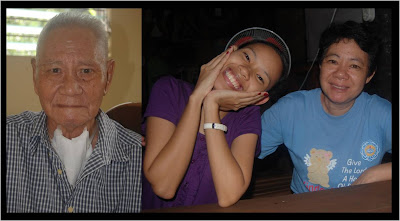 Lolo Bert Jalando-on. An 88-year old whole-ly man. He owns the house that I stayed in. He cannot speak because he has a hole on his neck (for him to breathe properly). We talked for just a short time but he made me laugh, as in laugh on his jokes using his small white-board marks. He was a retired chief chemist of CACI and a graduate of Silliman University. Kudos Sir! 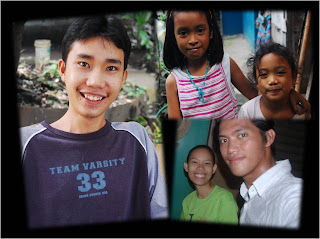 Tong-tong and Nante. 2 humble guys to make sure I’m taken cared of. See you again!
Nanay Susan. She was the one who cooks for me. Much love and thanks ‘nay Susan.
Sha and Meggy (Taylor Swift). I met Taylor Swift while I was in Palawan and she introduced me to her sister. Gwapa sila pareho! Nice to meet both of you!
Cres Angel. A cute baby boy carried by his beautiful mom on board the bus going to La Carlota. We had some short chat and I took a picture of her son.
Day 4 Expenses (in Philippine peso)
P10 350ml watered bottle (after the 7K morning run)
P10 Jeepney (Bannga Patyo-La Carlota)
P9 Laundry soap
P10 Jeepney (La Carlota-Bannga Patyo)
P40 Minibus (Bangga Patyo-Kabankalan City)
P45 Lunch (2 viands, 2 cups of rice and Pepsi)
P14 Tricycle (to and from Kabankalan City Hall)
P16 Cheese Siopao (for merienda)
P30 Minibus (Kabankalan City-Hinigaran)
P16 Bibingka from Mila’s
P12 Minibus (Hinigaran-Bangga Patyo)
P10 Tricycle (Banga Patyo-La Carlota City)
—————
P222 (US$4.93), this is my third time to be spent below my daily budget, I’m saving a lot for my Boracay escapades! Tugs-tugs-tigs!!

Ending this post with the secret of delicious (nami) Negrense cuisine- Chivas Regal Vinegar. Only in Negros! And you can’t buy it and bring home as “pasalubong.” Hmmmm… I so much miss the taste of Chicken Inasal and Piaya.
Day 5 will be up on the blog on Saturday (sorry I’m so bagal to type and its hard to recount everything I did). Watch out for more of La Carlota City and then Guimaras. I’m excited to share my super adventures at Guimaras, you won’t believe it!