Share
Tweet
I visited my Tatay Ben(my foster parent) in Plaridel, Bulacan last weekend. I lived in his place 6 years ago when I was still a student. I am not into running before so I haven’t tried the roads of Bulacan yet. As I was on my way, I was trying to plot out the route of my run. But the “kwentuhan” during the night extended until past midnight so I ditched the idea of a long, easy 15K run as part of tapering for the upcoming TBR Dream Marathon. We just had a walk to the public market to buy some fresh carabao milk (P20/bottle), suman(P20/bundle), puto(P20/5pcs.) and goto(P15/serving). I really miss these foods.

Around 10:00am I was looking for something to do until I saw these: 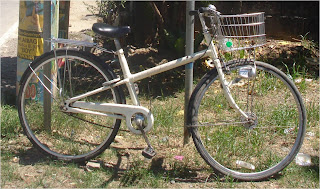 Hmmmm? Me on that bike? That’s hilarious! But I have to try the Bulacan roads before I go back to Manila. So why not do some cross-traning? I borrowed the bike and the camera and roam around Bulacan. I braved the scorching heat riding with that odd-looking Japanese bike. My route was a simple loop starting from Bintog, Plaridel- Bustos-Baliwag-Pulilan then back again to Plaridel. It was approximately 23KMs, I started 10:45am and was back 1:30pm. Talk about heat-training. 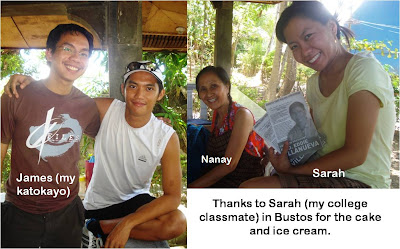 Then after some election chats and “kamustahan” I headed to the neighboring town of Baliwag.

I survived the heat because of fresh and ice-cold buko juice (P10/cup). Available on the streets of the 4  towns. Super refreshing and healthy too! 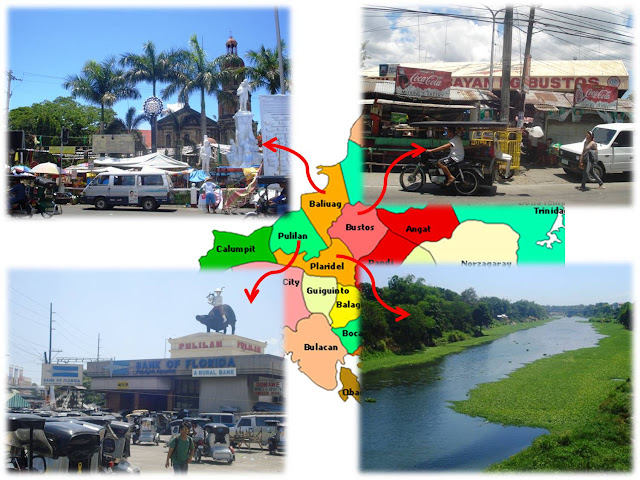 Clockwise from left: San Agustine Parish Church, Baliuag; Bustos Public Market; Angat River flowing through Plaridel, and the Pulilan Public Market with the Kneeling-Carabao of which Pulilan is famous of.
I had a nice tan on my legs. I rediscovered a bit from the historic Bulacan. I had my cross-training for the Marathon. I visited my friends. I survived the scorching heat. I enjoyed 3 cups of Buko juice. I tried the roads of Plaridel, Bustos, Baliwag and Pulilan.

Thanks to my Tatay Ben and Nanay Allen for the invite to have a mini-vacation (for lending me the bike and the camera too). I enjoyed it! See you again next year and blessings to your soon-to-be baby.

6 thoughts on “Cross-Training: Biking Around 4 Towns in Bulacan”